What’s the Difference Between Inquiry and Enquiry?

Posted on May 21, 2013inQ-AdmininLearn English Tips

Anyone trying to learn English will agree that it is a more challenging language to master than they first imagined. In fact, many argue that English is one of the most difficult languages to learn. This is particularly true if your native language has little in common with the English language.

Native Chinese speakers, for example, might find it more challenging to learn English than, say, German native speakers. The reason being that English language is closely related to German and the languages share many common features. The same cannot be said for any Chinese dialect.

Why is English So Confusing?

Some English language students complain about strange forms of pronunciation. They also find incoherent and inconsistent grammatical rules very challenging. Then there are words that sound the same but have alternative definitions. And let’s not forget words that are spelled the same but have unusual meanings determined only by the context in which they appear. 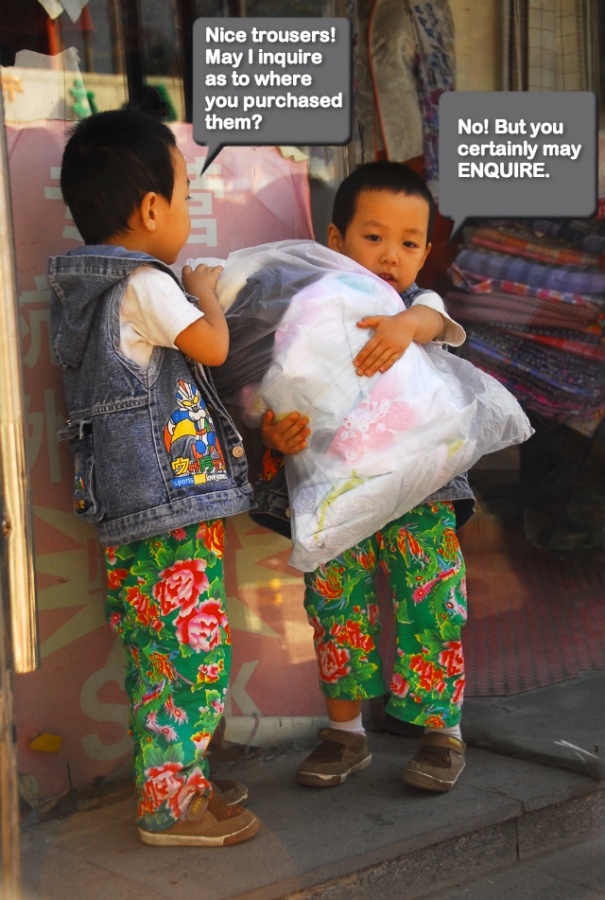 Of course, they have a point; learning English certainly does throw up some challenges. Indeed, even English teachers struggle at times to explain the many complexities, contradictions and exceptions to the rules.

Today, let’s take a look at just one such English usage conundrum: understanding the difference between the words enquiry and inquiry.

We’ll explore the basic differences between these two words with simple examples of proper usage. Then we’ll  look at more advanced considerations to help decide which variant to use.

The Simple Difference Between the Word Enquiry and Inquiry

Essentially, enquiry and inquiry have the same meaning – they both mean to request information about something or to carry out a formal investigation. The main difference lies between their common usage in British English and American English.

The British tend to use the word enquiry for ordinary requests for information and the word inquiry for formal investigations. 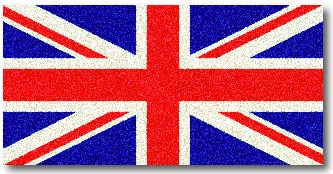 Conversely, many American English speakers would find the use of the ‘e‘ (or ‘enquiry’) variant strange. They may even view it as a misspelling. Indeed, most American English dictionaries list enquiry as a chiefly British variant of inquiry and it’s rare to see it in written form in American English. I believe it would be safe to say that American English uses inquiry for both requests for information and formal investigations. 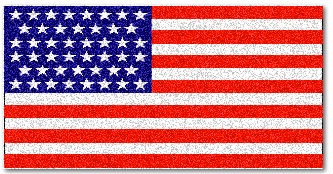 In American English, you can’t go wrong to ignore enquiry completely and just use inquiry. Remember, though, if you do see enquiry written anywhere, it is NOT incorrect! It is just likely written by a person educated within the British system or on behalf of a company with distinctly British influences.

Ultimately, it really doesn’t matter which form you use! As long as you use the word correctly and the same form consistently, you’ll be fine. A British reader will know exactly what is meant even when used in the American form; and vice versa. That said, do bear in mind your audience.

Further Considerations When Deciding to use Inquiry or Enquiry

When deciding which form of the word to use, first ask yourself to whom are you writing.

On the other hand, when writing for a chiefly British audience, aim to follow the widely accepted variants: enquiry for requests for information and inquiry for formal investigation. 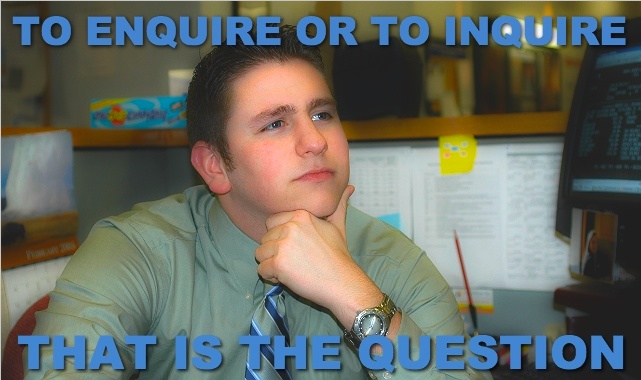 When writing on behalf of a company (a press release, advertisement, or email, for example), it’s perhaps worth enquiring about the preferred  usage of certain ‘confusing’ words such as inquiry and enquiry.

Why have a house style? We need one to provide conformity not just in our newspapers but on our website, and to ensure that we are all speaking the same language.

And for inquire and enquire they state:
inquire/enquire: our style is inquire, inquiry.

Smaller British organisations, on the other hand, might prefer it if you stick to what is commonly accepted and widely used for a British audience – again, an enquiry for requesting information and an inquiry when talking about formal investigations.

Hopefully, you now have a better understanding of the differences between the word enquiry and inquiry, as well as their proper use.

Finally, try to remember that knowing every single nuance of the English language is nice but certainly not necessary. Your main focus, particularly for low to upper-intermediate learners, should be on fluency. It is also vital that you stay motivated and, most of all, enjoy the learning process.