Don’t Be Afraid of Making Mistakes When Learning English – Mistakes are GOOD!

Is your fear of making mistakes holding back your progress?

Do you feel nervous or tense when you know you’re about to engage in an English conversation.

Does that anxiety intensify when you know the person you’re about to speak to is a native-English speaker?

Twice this week I have heard students say that they don’t practice speaking English as much as they know they should because they are afraid of making mistakes.    photo credit: kazvorpal

This is absolutely CRAZY!

Are Your Fears & Insecurities Holding You Back?

One student, a girl in her late teens, told me this week that she hates speaking up in class because she feels that her classmates will laugh at her and probably think that she’s useless.

She really wants to improve and her spoken English is actually very good, but her fears and her insecurities are holding her back.

Another student, a Chinese man, really wants to improve his English so that he can communicate better with the many westerners he encounters in his job. 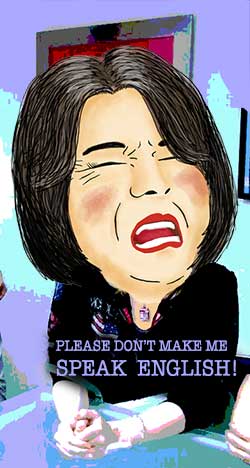 Strangely enough, he admits to avoiding contact with English speakers because he is afraid of making mistakes. He explains that he is afraid of not fully understanding everything they say or concerned that they simply won’t understand what he is saying. His fears and insecurities are holding him back!

He has been my student for about a week and his level of English is actually quite good. I understand everything he says and when he has trouble finding the right words, obviously, as his English teacher I help him.

His grammar is by no means perfect and nor is his pronunciation – and yes, he does make mistakes.

The point is, however, I understand him fully. He is an intelligent man who’s led a varied and fascinating life. He is interesting, witty and has an opinion on most subjects. Yet, he avoids speaking to the very people he wants to speak to for fear of making mistakes – for fear of looking foolish. Again, his fears are holding him back!

If you can relate to this in any way, I’ll advise you just as I advised both my students:

Stop it! Get over yourself! You are slowing down your progress. You are just holding yourself back!

Making mistakes is a natural part of learning English and they are only bad if you allow them to be – and if you don’t learn by them. 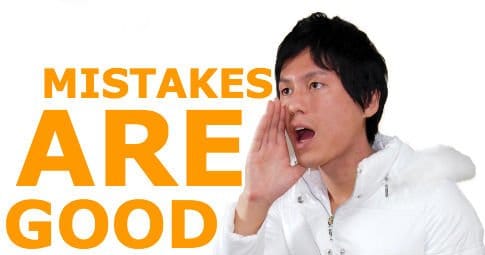 What does matter is that you adopt a bold attitude and open your mouth and speak if you really do want to improve your English fluency.

If you keep your mouth shut and run from every possible chance to practice speaking English, you will certainly avoid making mistakes. However, you will not improve.

Learning from your mistakes is an essential skill that will help you to move forward and stay stay positive. The person who recognises, accepts and learns from their mistake is the one who will make the fastest progress.

Most English Speakers Are Happy to Help

Before becoming an English teacher, I had met many people with varying degrees of English fluency and was always happy to correct them or help them with their English if they asked me to. I believe that most English speakers are the same. 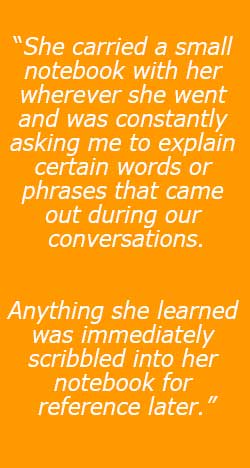 When I first met my French girlfriend (now wife) her English was pretty good but certainly not perfect by any means and certainly not as good as it is today.

She carried a small notebook with her wherever she went and was constantly asking me to explain certain words or phrases that came out during our conversations.

Anything she learned would immediately be scribbled into her notebook for reference later.

She was happy for me to pick her up on pronunciation and grammar mistakes, which I would do occasionally. Without going over the top and without being annoying, she did the same with my friends and the same with her English speaking colleagues.

And even though her pronunciation was far from perfect, (it still is to this day), she would boldly engage in English conversations whenever and wherever she could.

Similarly, her vocabulary was limited. However, that did not stop her trying to express herself in English. Her conversation was littered with grammar mistakes but that didn’t matter at all because everyone understood what she was trying to communicate.

The most important thing was that she was TRYING!

She was asking for help, taking notes (physical as well as mental) of new words, of new phrases and of corrections to her pronunciation and grammatical errors.

She would learn and practice and ask for help whenever and wherever she could.

Do you think she felt foolish whenever she made a mistake?

Do you think she ever felt like keeping her mouth shut?

Do you think she wanted to remain silent because it was less hassle and far more comfortable to do so?

The answer all these questions is a resounding YES, of course she did! The point was that she really wanted to master the English language to the best of her ability and she was not going to let her insecurities and self doubt get in the way.

What was more important to her than fear of embarrassment, fear of ridicule or fear of failure was learning to speak English like a native speaker.

These days, she works at a British international school and communicates on a daily basis with professional, native-English speakers. Her level of English (both written and spoken) is of a very high standard!

Her success is not down to her natural ability with languages nor is it because she is particularly clever. She mastered the English language because she had the courage and the determination to speak up. She knew to ask for help and was never afraid of making mistakes.

My English is Not Very Good

Try to avoid looking down on your own abilities. I’ve lost count of the number of times I’ve heard non-native English speakers say, “My English is not very good”!

Invariably, they then proceed to hold a perfectly good conversation – in English!

The opposite is true for me! When I say to my wife’s friends and family that my French is not very good I really do mean it. What I actually mean is that my French is basically non-existent! In fact, it is limited to about 20 words and five sentences. And even those I get wrong more often than not.

Realise and take comfort from the fact that most native English speakers have never properly learned another language, so you do actually have one up on many of us.

If you really want to be able to speak English,

you really must practice speaking at every given opportunity.

If you really want to be able to speak English, understand that you really must practice speaking at every given opportunity.

Eliminate your fears, do away with your doubts and put an end to your insecurities.

Make it a habit to embrace your mistakes, laugh off your inaccuracies and never be afraid to fail.

The most important thing is that you adopt a bold attitude towards your English studies. Don’t worry that you might get it wrong some of the time. Likewise, try not to be too concerned with what others may think of you.

A Final Word From Michael Jordan.

Whilst successfully mastering the English language and becoming a world famous basketball player may seem miles a part, the two do share certain commonalities. Michael Jordan once famously said:

I’ve missed more than 9000 shots in my career. I’ve lost almost 300 games. 26 times, I’ve been trusted to take the game winning shot and missed. I’ve failed over and over and over again in my life. And that is why I succeed. – Michael Jordan

Adapt and apply Michael Jordan’s principles to your English studies and you will succeed. 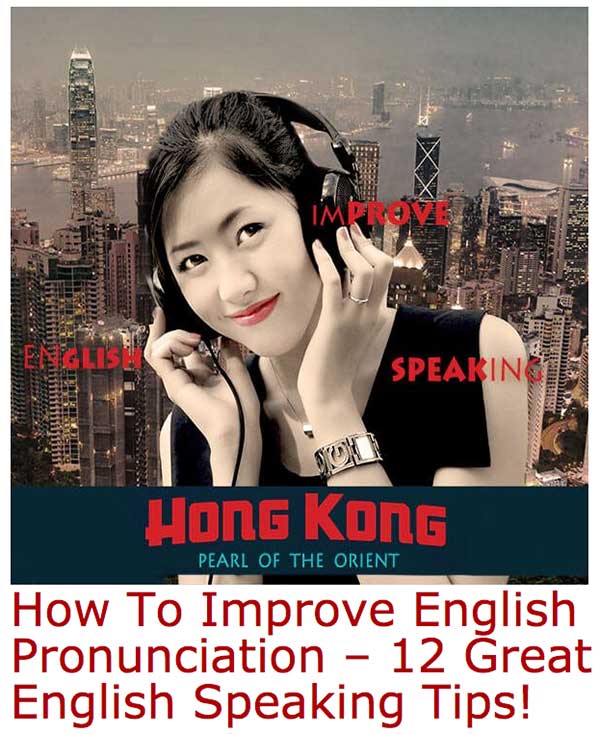