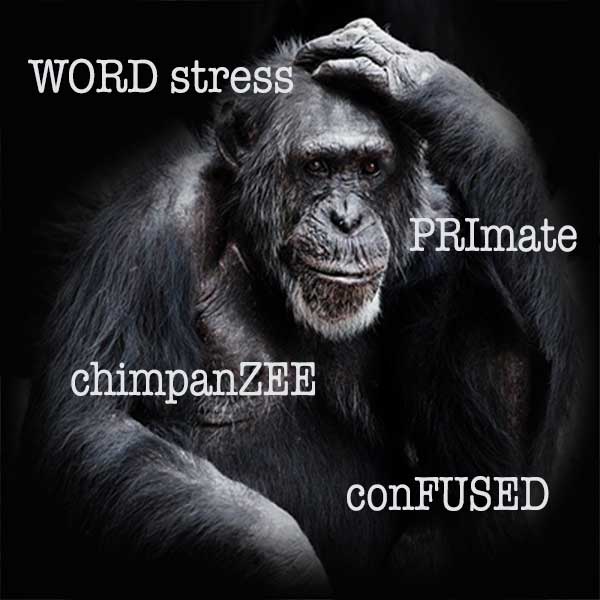 In our previous post, we shared 12 great tips to help you improve your English pronunciation.  For tip number nine, Understanding Word Stress & Sentence Stress, we explained the importance of word stress for communicating effectively in English. In this post, we delve a little deeper into the subject.

What is Word Stress?

The stress placed on syllables within words is called word stress. In one word, we place emphasis on one syllable, while the other syllables are given less emphasis.

English words only have one stressed syllable. Whilst longer words can have a secondary stress, it is always a much lighter stress. It is also worth noting that we stress vowel sounds and not consonants.

In English we have variable stress where the position of the stress is unpredictable. This contrasts with some other languages – like Polish or Finnish – that have fixed stress where the stress on virtually any multi-syllable word falls on a particular syllable. Learn more here.

Understanding The Importance of Word Stress

So, understanding the importance of word stress is vital if you want to improve your English pronunciation and speak English like a native English.

But if word stress is so important, exactly what are the rules that we need to follow?

As with so many aspects of the English language, there are many rules to learn. Then, to make things even more tricky, there are also many contradictions or exceptions to those rules. This can make learning English more challenging for some students.

To help you out, we have compiled some simple guidelines for learning the rules of word stress.  We don’t cover all aspects of English word stress rules but the points  we have mentioned will certainly get you started.

If the word is a two-syllable noun, we usually place the stress on the FIRST syllable.

If the word is a two-syllable adjective,  as with two-syllable nouns, we usually place the stress on the FIRST syllable.

Conversely, if the word is a two-syllable verb we generally stress the SECOND syllable.

See more examples of verbs where the second syllable is stressed.

The SECOND syllable is also stressed if the word is a preposition.

Examples: aROUND, beFORE, beLOW, inSIDE, toWARDS (See more examples of prepositions with stress on second syllable)

2. Word Stress For Words That Are Both Nouns & Verbs

1) The violent CONflict between the couple conFLICTS with their pacifistic beliefs.

2) The PREsents he preSENTS his wife never fail to disappoint her.

3) They will no doubt disCOUNT my suggestion for DIScounts on Chinese courses for the elderly.

Click here for some good examples with audio included:

As mentioned, there are always exceptions to the rules. That said, it’s fairly accurate to say that only around 20% of two-syllable words have their stress on the second syllable.

If a word ends in either ‘er’ or ‘ly’, whether it’s a noun, an adjective or an adverb, the general rules is that the stress is placed on the first syllable.

Stress the actual suffix of words (including the first consonant before the suffix) ending in -ade, -ee, -ese, -ique and -ette and -oon

The rule changes for words with a number of other suffixes such as -ery, -ian, -ible, -able, i-al, -cian, -ic, -ish, -ics, -ion, -ious, -ia, and -ient. Instead of placing the emphasis on the actual suffix as illustrated in the examples above, we stress the syllable just before the suffix.

Notice again  how we stress the syllable immediately before the suffix in the following examples:

Note, some exceptions to this rule include words ending in -ism, -ist and -ize.

How Dictionaries Help With Word Stress 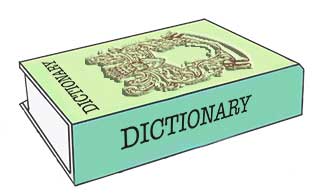 If you are unsure about where to place the stress in a word, you can always refer to an English dictionary.  All good dictionaries give the phonetic spelling of a word.

Unfortunately, dictionary creators never agreed on one system so you should refer to your dictionary’s (how to use this dictionary) notes to see which system they use.

Here’s an example from my dictionary that shows which syllable to stress by placing the apostrophe immediately BEFORE the stressed syllable:

Using the system of capitalising the stressed syllable as in all of my examples above, these two dictionary examples look like this:

As previously mentioned, the list of rules above is by no means complete. However, it does explain where to place the primary emphasis on numerous English words.

If the thoughts of learning all these rules is overwhelming, do not be too discouraged.  Many English learners naturally assimilate to word stress rules simply by listening and practicing the language.

Probably the best way to learn is from experience.  Try to get a feel for the music of the language by listening carefully to spoken English.

Of course, if you would like some extra assistance with your English speaking skills, contact us to find out more about our English courses in Hong Kong.

Here’s a brief overview of our English courses. Click the image for more details. 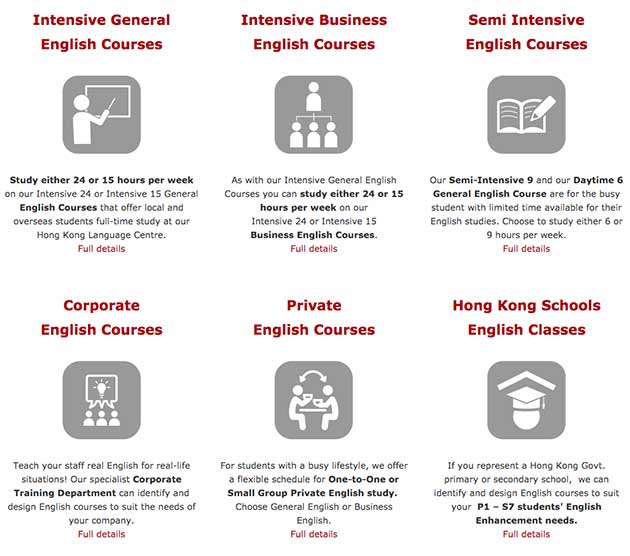