People choose to learn a foreign language for a variety of reasons, and despite the considerable time and effort required, there are numerous advantages to becoming fluent in one or even several foreign languages.

One very good reason to embrace foreign language learning is that it increases your global awareness and understanding. When you study another language, you not only learn how to communicate in that language, you also get to know a great deal more about the country, the culture and the people. This knowledge is invaluable!

Connecting and joining together with people we have never met and are not related to goes to the very soul and core of our being as humans.”

Learning a new language inspires and encourages you to explore a culture that you have previously only had a slight knowledge of or, worst still, no knowledge of whatsoever. As you progress, you begin to better understand and empathise with the people who speak the language, you learn about their struggles, their history and even their idiosyncrasies. Simply put, you get a much closer and fascinating insight into what makes them tick!

Moreover, as your empathy and knowledge of their culture grows, something magical begins to happen: you form a connection between your own culture and language to theirs and you begin to gain a deeper and more profound understanding of your own language and culture. Very often you become more aware and appreciative of the unique qualities within your own language, people and culture.

Studying a foreign language and increasing your global awareness can also improve your chances of getting a job in many fields. Even if  bilingualism is not completely necessary in your chosen field, being fluent in another language not only shows diligence and dedication, but also openness and compassion for the rest of the world. These are qualities any smart employer would appreciate and want to see in the staff they recruit.

Furthermore, with the rise of technology and the ease and speed at which we can now travel and send information globally, the ability to reach out to potential clients, business partners and other people all over the world in their own language works only to your advantage.

Lets’s not forget, either, being able to speak another language allows you to travel freely, too. Travelling when you don’t know the language can be extremely challenging, but the more languages you know, the more and further you can travel.

I am always impressed with my French wife, who speaks English and German – and of course, French –  fluently. She seems to be able to communicate with people wherever we go in the world. We were in Spain and Italy recently, and even though she speaks neither Italian nor Spanish, her knowledge and skills gained from previously studying English, French and German, crossed over into Spanish and Italian to the point where she was able to understand and communicate in those languages to quite a respectable level. A very impressive and, indeed, useful skill to have!

Language Learning Gives You A Better Understanding Of The Arts

Another advantage of learning a foreign language is being able to better understand and appreciate the arts of another country. As you learn the language and history of France, for example, you begin to understand French music, French film & T.V., French fine art and French literature. 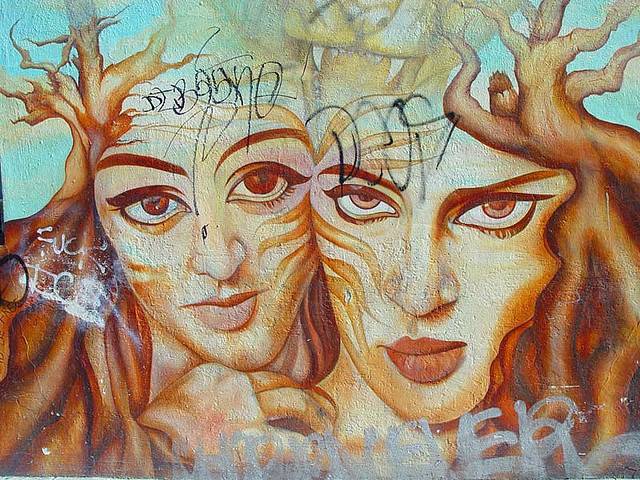 When literature, in particular, is translated into your native-language, very often the true meaning of the words is lost because your native language doesn’t have the same words or phrases as every other language. Knowing the truest meaning of a text that we are exploring will completely change how we read, view and react to that piece of writing.

And even though paintings or sculpture cannot be translated, understanding the context from which they were born and the history surrounding their conception and creation will drastically envigor or revitalise the way we view that specific piece of art. There are also many nuances of a language to be learned and fully appreciated by watching and being able to understand foreign films and T.V. – likewise, by listening to and fully understanding foreign music.

“Making the effort to understand and communicate with people whose native language is different to our own will ultimately help us gain a deeper, more profound understanding and appreciation of one another globally!”

Learning other languages goes beyond what we can claim as accomplishments and the sense of achievement we feel for successfully doing so. Connecting and joining together with people we have never met and are not related to goes to the very soul and core of our being as humans. Making the effort to understand and communicate with people whose native language is different to our own will ultimately help us gain a deeper, more profound understanding and appreciation of one another globally.

Global Awareness’ division
Video showreel to summarise the spirit and actions performed by our division on international organisations and cooperation communication campaigns.