ENGLISH PROVERBS: Don't count your chicks & A bird in the hand.....
You are here: Home » Idiom Of The Day » Learn English Proverbs – 2 Well Known Sayings About Birds

Posted on September 18, 2013inQ-AdmininIdiom Of The Day, Video English lessons 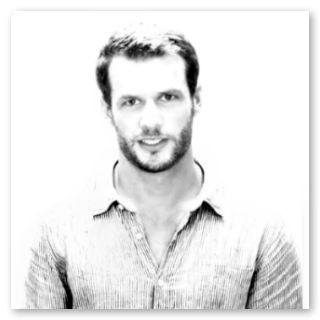 It’s a while since we’ve heard from him on our blog, but today we have a great video post for you created by Byron, popular and highly respected member of the Q Language English teaching team.

Watch the video below or read the text that follows, where Byron explains what a proverb is and gives two examples of English proverbs about birds.

View on You Tube

What is a Proverb?

A proverb is wise advice that applies to many situations. There are proverbs about relationships, work, money, and many other topics as well.

The two proverbs I will discuss now are both about benefits or valuables – those that we already have and those that we expect in the future.

These proverbs both illustrates how important it is to be in possession of something you value.

A Bird in the Hand is Worth Two in the Bush 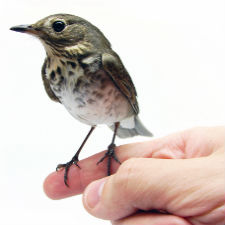 The first proverb is: a bird in the hand is worth two in the bush is.  I don’t know why you’d be out catching birds, but I imagine they’re really hard to catch because they fly away as you approach them. Imagine you’ve already caught one bird in your hand, so you possess it and can take it home to eat or keep as a pet or whatever.

But you might see two birds close by in a bush. You want to catch these birds too, but they’ll probably fly away before you can catch them. So the one bird in your hand is worth as much, or more, than the two birds in the bush.

The meaning of the proverb is:

Don’t underestimate the importance of actually holding what you want and not merely wanting to get it.

Don’t Count Your  Chickens Before They Hatch 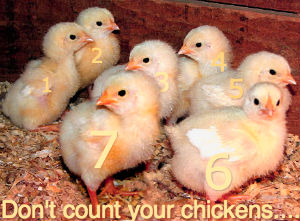 The other proverb about birds – don’t count your chickens (or chicks) before the hatch – is also about possession and expectation.

If you have a bunch of chicken eggs and want them to hatch into chickens, you might be tempted to assume that all your eggs will hatch into healthy chickens.

You might be tempted to count each egg as one chicken. But don’t forget that some of the eggs might not hatch, and so you might not get some of the chickens you expect.

The meaning of the proverb is:

Don’t be too confident that all your plans for the future will work out as you hope they will.

For example, if you expect to get a pay rise at work, you might be tempted to go out and buy something that you wouldn’t be able to afford on your current salary.

Don’t do it! The pay rise you expect might not happen, and if you’ve spent the money already, you’ll be in a bad situation because you’ve counted your chickens before they hatched.

There are hundreds of common proverbs in English. Many of them are probably similar to proverbs in your language. It’s fun to look up lists of them online.

I hope you’ve found these two proverbs about birds interesting, and, if you decide to study English in Hong Kong,  I hope to meet you at Q Language one day.

Idiom of the Day – Kill two birds with one stone

Idiom of the Day: Don’t put all your eggs in one basket

English Expressions About Being Positive & Optimistic