Learn Chinese faster by moving to China, Hong Kong or elsewhere in Asia
You are here: Home » Interesting Stuff Around The Web » Western Families Move To China To Immerse Their Kids In Chinese Language

Posted on September 20, 2012inQ-AdmininInteresting Stuff Around The Web

It seems that an increasing number of westerners are making the bold move to relocate their families to China and other parts of Asia in an attempt to give their children a leg up when it comes to learning Chinese.

In a recent WSJ online article, Sarah Tilton and Joanne Lee-Young wrote about several American families, all with young children, who had discussed the advantages of moving to Chinese speaking countries in order to immerse their children in Chinese language and culture.

These families represent a growing trend of parents who want to give their children an edge amongst China’s global influence and population of 1.3 billion people. China’s status makes Mandarin one of the fastest growing must-learn languages.

In  2010, Michael Roemer, a Californian attorney, moved to Chengdu in western China with his wife and two children, with the sole aim of giving his kids an up-close look at China and a much greater chance of learning the Chinese language to a high standard. Mr Roemer believes that learning Chinese is good for his children’s brains and that mastering the challenge of learning the language gives them a great deal of confidence. “Speaking Mandarin is important,” says the 57-year-old Mr. Roemer.

Similarly, a few years ago, investor, Jim Rogers and his wife, sold their 16 million dollar New York home and moved to Singapore, where their daughters now go to local Mandarin speaking schools. Mrs Rogers said, ” There’s no way you can learn and be a fluent speaker in Chinese if you just get a few hours a week.”

Total immersion in the language, country, and culture is an increasingly popular way these families address the arguably difficult nature of learning Mandarin, a tonal language with thousands of characters to master.

For these western families, it’s not enough for their children to attend after-school or extracurricular language classes in their homeland. Even learning options such as hiring Chinese-speaking nannies, hiring professional tutors, skyping with native Chinese speakers, or even enrolling their children in local Mandarin-immersion school programs are not good enough.

Educators say that these are all viable options for enriching a young-person’s language abilities and that there’s no one right way to learn Mandarin. However, Jeff Bissell, head of the Chinese American International School in San Francisco,  says that he applauds efforts to get students to China to learn Mandarin, which he calls “a major strategic priority.”

To read the full article, numerous comments and watch a video about this story, go to: 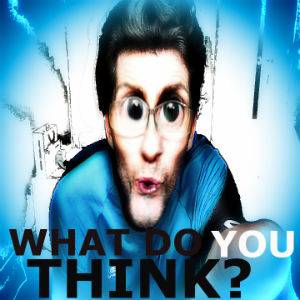 Tell us what you think.

Is it necessary to move to the likes of China, Hong Kong or Singapore in order to become fluent in Chinese? Or can you master Mandarin or Cantonese just as quickly and easily in your home country? Leave a comment below. 🙂

Please note: Whilst we do not cater for children here at Q language, we do encourage adults from around the world to join us here in Hong Kong, immerse yourselves in rich Chinese culture and start to master either Mandarin or Cantonese by becoming a student on one of our renowned Intensive Chinese courses. Full details here.