Learning To Speak Chinese Is Not As Difficult As You Might Think
You are here: Home » Language Learning » Why Do People Say Learning Chinese is So Hard When Actually It’s Really Easy?

Why Do People Say Learning Chinese is So Hard When Actually It’s Really Easy? 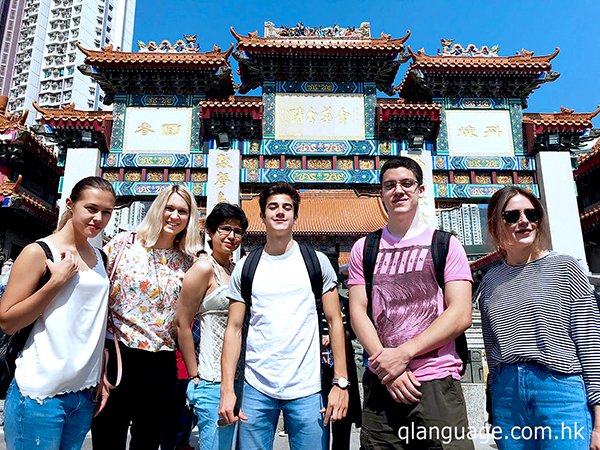 Learning Chinese is easy! Well, easier, at least, than you might think.

It is common in some Western countries for people to exclaim, “Are you speaking Chinese?” if the statement heard is too complex or unintelligible. This is not surprising. Chinese is sometimes seen as a distant, unfamiliar or even alien language for some speakers of Indo-European based languages.

However, with the opening and development of the Chinese economy, the number of foreigners studying Chinese in Hong Kong and in China has been increasing recently and more and more dedicated students are becoming fluent speakers. This demonstrates that Chinese is not an impossible challenge. Indeed, many foreigners have even begun teaching Chinese on YouTube or other social media platforms. It is now quite clear that Chinese is not as difficult as you think!

Let me introduce the framework of how Chinese works as a languages. Simply put, Chinese is just composed of pronunciation, tones, Chinese characters (known as ‘HanZi’), and grammar.

The first is pronunciation. Chinese pronunciation is not difficult at all. It is divided into initials and finals. After 1958, the Chinese government formulated the “Pinyin” system, which changed the pronunciation of intricate Chinese characters into the alphabet as most of the Indo-European languages. So, it is not difficult for most foreign language learners and three to five hours of study time is enough to master the system.

How Hard Are Chinese Tones?

The second is the tones which may make some learners feel a little bit unfamiliar. Not all languages have tones. There are four tones in Chinese. In fact, when you have mastered any singing technique, the approach to tones is not a big task. After more listening, more speaking, more exercises, your brain will automatically remember and recall with less effort.

Chinese is an Ancient Language

While you are learning, the teacher will tell all students the meaning of the Chinese characters and the historical association. For a simple example, for example, “日（rì）” means sun, and the original glyph of “日（rì）” was “⊙”, which is drawn according to the Sun in the eyes of ancients. Interestingly, when you really start learning ‘HanZi’ you will find that Chinese characters are not some irrelevant strokes but are actually intrinsically connected. Over time, learners will also grow the ability to guess the meaning of Chinese characters which is extremely gratifying like a puzzle game for many students.

How To Supercharge Your Memory For Learning Foreign Languages

Finally, let’s talk about grammar, which is the easiest part of Chinese learning. The grammatical structure of Chinese is similar to English but there are not many verbs, tenses, and irregular words. And Chinese words are not gender-sensitive as some European languages such as French or Spanish. As a result, there are less rules to remember. Chinese grammar is like a puzzle. By simply putting all the words in the correct position to form a complete sentence, people will understand what you are trying to express even if you make the odd word order error.

Without question, there is also a critical issue encountered in learning a language: Culture. Obviously, Chinese culture may be very different from most Western cultures and of course it will be reflected in some language expressions. But in fact, learning Chinese characters is the beginning of understanding Chinese fully. You will find that Chinese culture was exported to the West as early as the Tang Dynasty. Today, many influences can be found along the Silk Road giving certain flavours in Western Asia. Over time, in the process of learning, you may find your own unique connections and similarities in Chinese to bring you greater linguistic rewards.

Once you start this linguistic journey, you will see that Chinese is a well-structured language with a simplistic approach. You can be the living proof that it is not difficult at all!

To give you an idea of the kind of fun Chinese lessons you can expect at Q language, here’s a short video overview of a recent Mandarin lesson. Our students really enjoyed practising their Mandarin language skills as they prepared cocktails using Chinese instructions.

Anika Wang is from Tianjin, China and is a Master’s degree holder in the Teaching Of Chinese As Second or Foreign Language. She has taught students from over 30 countries in the last 7 years. Anika currently holds the post of Senior Chinese Instructor at Q Language Centre in Hong Kong